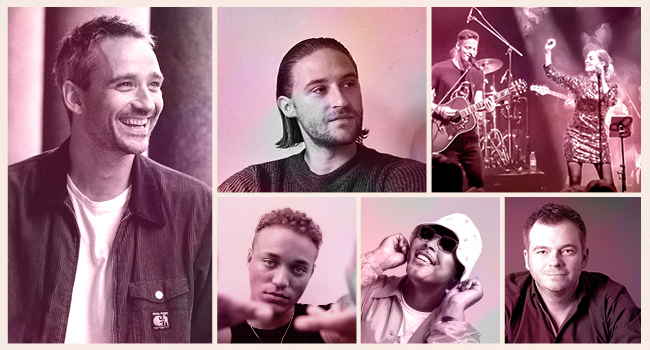 TICKETS ON SALE FOR THE UNIVERSITY PARTY

The tickets for the University Party 2020 on Friday, 13 March go on sale on Monday, first come, first served. So hurry up and buy your ticket for this year's party with your colleagues and students at AAU.

The tickets for the party go on sale on Monday, February 10 and can be purchased via the invitation in your AAU email.

Tickets are sold for DKK 175 and include a glass of wine for the starter, a large buffet with hot and cold dishes, dessert and three drink tickets for a selection of drinks. This year, the University Party will also feature a red carpet entrance, a cocktail bar and a VW photo booth for your special university party selfies, and the amazing music lineup is sure to get things in high gear.

View the video from the 2019 University Party below:

PRE-PARTY IN ACCC’s FUNDAMENTET AT 17.00

The good times get rolling with an intimate concert with Claus Hassing in Fundamentet starting at 17.00, so come and have some fun with your colleagues before the serious partying starts.

After dinner, enjoy a soloist known in the Danish music scene (we’ll reveal the name on 10 February). Then, the Golden Circle Orchestra will heat up the dance floor, so be ready to sing along to the greatest dance hits of all time.

Later in the evening, singer-songwriter Alexander Oscar takes the stage with his amazing soul-pop vocals. In 2019, he released his debut album "highs & lows" with tracks like "Ocean View", "Number" and the huge hit "Complicated" which became one of the year's most played songs from Denmark on Spotify and on the radio.

Skinz also stops by with his catchy numbers, like "Jeg Har en Pige" and "Malibu". Skinz is a master lyricist, encapsulating those small exchanges and energies between men and women, and we can look forward to his characteristically quirky, tongue-in-cheek verses.

Hedegaard co-wrote the huge Lukas Graham hit "Happy Home". For many years, he has written music for Danish artists like L.O.C., Lukas Graham and Suspekt, and has achieved major international success. Recently, he has had between two and three million Monthly Listeners on Spotify. In addition to being among the country's most talented producers, Hedegaard also has a very special ability to “get the party started” and fill the dance floor, which he will of course also do for the University Party!

BUY TICKETS VIA INVITATION IN YOUR AAU-MAIL

Sound like something you don’t wanna miss? Great! You’ve already received an email invitation in your AAU inbox. So hurry up and register for the party via the link in the email.

FREE SHUTTLE BUS FOR STAFF AND STUDENTS IN COPENHAGEN AND ESBJERG

AAU students and staff in Copenhagen and Esbjerg can sign up for free bus transportation to Aalborg and back.

Find out more about the university party (website in Danish)

See photos from the University Party 2019 (article in Danish)