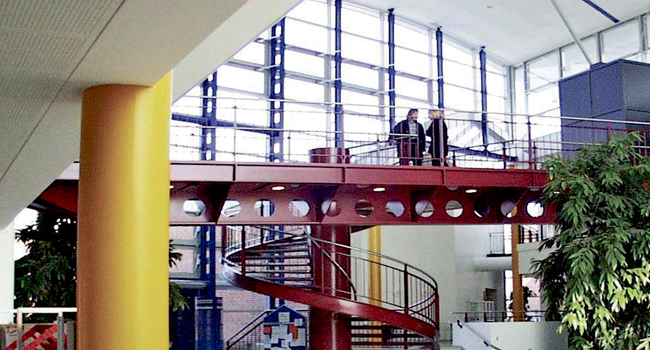 Admission closed on three language programmes under the Faculty of Humanities

In recent years, the interest in studying certain language programmes at the Faculty of Humanities has dropped. This year, only five new students were admitted to the bachelor programme in German and three to the master programme in German. If such a situation were to continue, it would give rise to numerous challenges for the programmes both in terms of maintaining the pedagogical approach of PBL and creating a socially and academically rewarding study environment.

In addition, the low student numbers mean that the programmes are underfinanced. Under the present conditions in the university sector, this situation is not sustainable. On this basis, the dean of the Faculty of Humanities, Henrik Halkier, has decided that the bachelor and master programmes in German, in International Business Communication, German, and International Business Communication, Spanish, will be closed for admission as of September 2020.

‘Unfortunately, the situation has developed in the wrong direction for several years, but I had hoped that it would have turned around at some point. But there’s no doubt that we’re seeing a structural problem in the educational sector when it comes to encouraging young people to choose a language programme - and especially German. It’s very unfortunate because I believe that in the future we’ll see a demand for hiring staff members with high-level language skills. However, I’ve been forced to acknowledge that we’ve not been able to attract sufficient students for these language programmes in Aalborg even though we’ve been committed to recruiting students and have made extraordinary efforts to boost student numbers with activities such as Tysk Tirsdag [German Tuesday] and Sprogcamp [language camp]. But I would like to stress that we are not dropping all language programmes. We’ll continue to educate students in the global languages such as English and Spanish,’ Henrik Halkier says.

‘In this process, we’ll make sure that both staff and students are kept informed on an ongoing basis. We’ve already held meetings with the staff members and students who are directly affected, and next week we’ll hold information meetings for all staff at the Department of Culture and Learning and the Faculty. In addition, we’ll inform both staff and students about the legal right of admission as soon as possible,’ Henrik Halkier says.