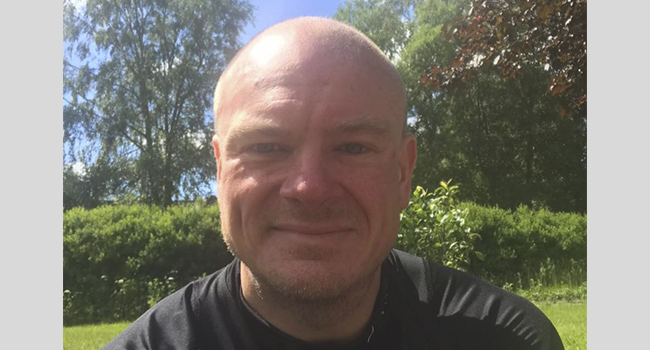 Frequent organisational changes and major development projects place a strain on the organisation when additional resources are not invested in the carrying out of these activities. Senior Advisor Jesper Bjørn Gorm Poulsen is running for the University Board on a manifesto of restoring balance to AAU.

Name of the candidate, job title, place of employment at AAU:

Jesper Bjørn Gorm Poulsen, Senior Advisor and Area Manager for the Secretariat and Education Law at the Study Service.

Why are you running for the University Board?

I am running for the board because I would like to play a part in incorporating the input and views of staff on the issues at hand into the board’s discussions when decisions are made regarding AAU.

I have always had a deep interest in being at the heart of the discussion when major decisions are to be taken which may have far-reaching repercussions. This interest no doubt dates back to my time at school, when I was in 5th grade and was elected to the student council. I went on to serve as the president of the student council and a member of the school board. It was a very inspiring experience to be there in the thick of things, with a seat at the table. A passion for getting involved in student politics persisted throughout my time at university, where I served as chair of the student council, board member, member of the Danish Food Council and a member of the Polyteknisk Forening.

At AAU I began to get involved in the university’s joint consultative committee and health and safety work, but I also had a desire to have a greater say in decision-making. For this reason, I chose to run as a union representative for the Danish Lawyers' and Economists' Association, where I also served for a short time as a senior shop steward. The role of union representative was very exciting, and it taught me a great deal. Not least how complicated things can get when you have to try to reconcile the interests of staff and management. I also learned the art of knowing when to compromise, and when it is important to stand your ground and fight for your rights.

In your opinion, what is AAU's biggest challenge?

In my opinion the biggest challenge AAU is currently facing is that its ambitions surpass the available resources. A lot of major projects have been launched, which is of course impressive and shows ambition, but the other side of the coin is that new projects do not necessarily equate to additional resources. This means that staff simply have to work harder to get the work done on time. The organisation as a whole is under constant pressure, in part because projects are launched without necessary resources being made available, but also due to far too frequent reorganisation. The frequent changes to the university’s organisation result in a loss of expertise due to the relocation of staff, while team spirit is eroded, and it can be difficult to keep track of ownership and support for a given task.

How can the identified challenge be addressed?

Ensuring that too many large projects are not launched at the same time, or ensuring that funding is allocated to these projects so that the burden of ensuring the success of a new, exciting project is not placed on the shoulders of already busy staff. I also think it would be fitting for the university not to embark on major restructuring in the near future, and instead give the organisation a sorely needed opportunity to settle. The past couple of years have seen far too many changes to the organisation, something which, in my view, has not allowed the new structure time to fall into place before the next round of restructuring begins. Being constantly forced to focus on the organisation of one’s own department as well as the changes taking place in the university as a whole, and the reassignment of project roles that this entails, does not provide optimal conditions for staff to get on with their work. This leads to uncertainty about the assignment of tasks and who is responsible for the work.

Why vote for you?

You should vote for me if you consider it important that your representative is well-acquainted with the university’s organisation, both from the perspective of staff and of management, and in addition has experience of working with co-operation between staff, management and various units across AAU as a union representative.

What is your key issue?

I would work to restore an appropriate balance at the university to ensure that staff have the time they need to do their job, and are not forced to constantly readjust to the demands of a new organisational structure and shifting responsibility for projects.