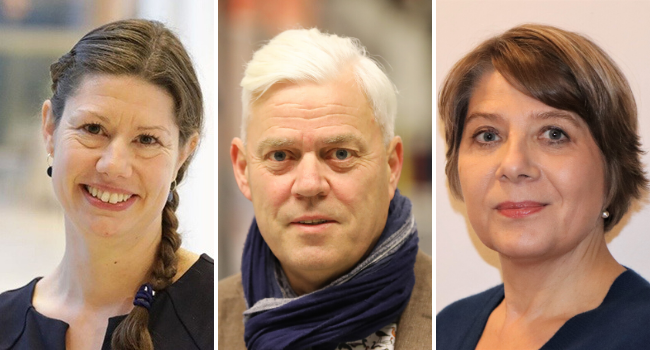 AAU Election 2019: Here are the staff representatives elected to the board

With a total turnout of 23 percent, the final results are in for this year's AAU election for both staff and students at Aalborg University. See the results here.

Last Friday afternoon, the tense candidates could watch while the electoral committee tallied the votes. The result for the university board became clear quickly and showed that AAU staff – with a turnout of 46 percent for academic staff and 54 percent for technical and administrative staff – elected three new staff representatives to the university board.

NEW FACES ON THE BOARD

The academic staff representatives elected are Antje Gimmler, Professor in the Department of Culture and Learning, (319 votes) and Kjeld Nielsen, Associate Professor in the Department of Materials and Production, (197 votes). The seat for the technical and administrative staff representative went to Anne Bisgaard Pors, Special Consultant at AAU Innovation (319 votes).

The election for the AAU Board this year was again competitive. Three candidates ran for the technical and administrative staff seat, and five candidates were on the ballot for the two academic staff seats.

Professor Antje Gimmler looks forward to presenting the board with the academic staff experience and perspective. She hopes to help improve communication and dialogue at the university.

‘In addition, I think that it will be exciting to embark on the work of a new AAU strategy. There are now so many changes in academia that it will be important to have a clear value foundation to be able to make the right decisions that benefit AAU as a whole,’ she says.

Associate Professor Kjeld Nielsen also looks forward to working on developing the new AAU strategy. He is grateful to his colleagues for their confidence in him and hopes to contribute to the development and operation of the university.

‘The university is under pressure from many angles. For instance, the basis for the fundamental economy, the structural study conditions and opportunities, the opportunities in the global research agenda, and tougher competition for external research funding, and then there is also the effect of the internal, tight hierarchical organisation and distribution of finances,’ says Kjeld Nielsen.

‘All are natural issues that need to be addressed in the forthcoming dialogue on the university's strategy. Here, I think it is important that the elected staff representatives help ensure that all staff members are involved and heard in the process. I believe that interdisciplinarity, broadly interpreted, is a key strategic tool that can strengthen AAU,’ he adds.

PEACE TO WORK AND STABLE CONDITIONS

AAU's technical and administrative staff elected Special Consultant Anne Bisgaard Pors as their representative on the board. She also looks forward to the tasks ahead, and is very honoured by the strong mandate she received.

‘I will do everything I can to represent the interests of my technical and administrative colleagues on the board. In order to do my best, I must first familiarise myself with the business, tasks and working procedures of the board,’ says Anne Bisgaard Pors.

‘I ran on our doing everything we can to ensure stability in the framework and conditions for the work of the university. AAU needs more peace to work, and  long-term, stable conditions, particularly when it comes to finances. I will work for that, and that means in every area possible,’ she adds. 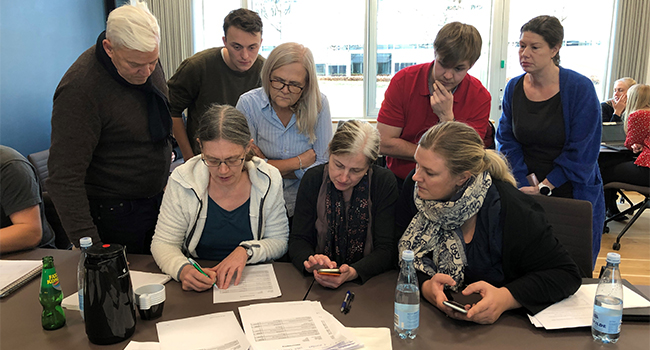 Counting the votes for the university board election. Photo: Lea Laursen Pasgaard, AAU

The total turnout among AAU students was 19 percent. The university board includes two student representatives who are elected for a two-year period by turns. The seat went to Christian Obel Pindstrup of the AAU Student Society. He was elected with a total of 2,201 votes, 844 of which were personal votes.

See the other election results at election.aau.dk